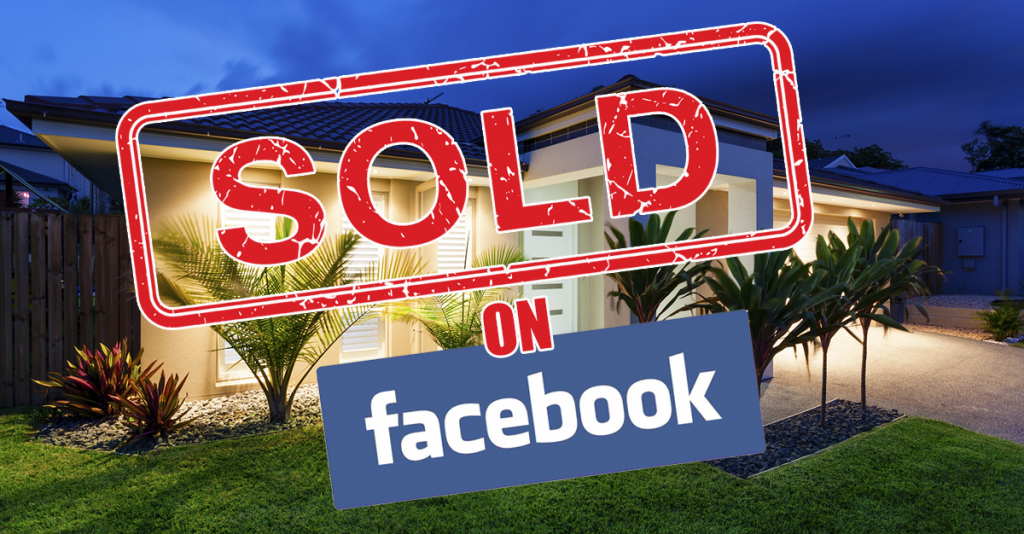 It seems this is the week for big announcements with Amazon declaring it’s intentions to enter into the US Real Estate market and a number of the Aussie real estate groups have been a titter with the news.

But it wasn’t just Amazon stepping into the game, Facebook had a rather massive announcement of it’s own, however it hasn’t had the same hype around it as the Amazon one. Many agents have commented that the Facebook tech is in the USA only (ah….so is Amazon), so they won’t worry about it just now.

Time to set the cat among the pigeons….

The Facebook tech is here in Australia right now. My team and I are currently working with it and developing solutions to get it rolled out to our real estate clients ASAP.

Unlike the Amazon offering of referrals though, this tech from Facebook will deal with helping you sell houses and in so doing, list more as well. In fact it has the power to change how you go about marketing property – wait, yes I know, every freaking “disruptor” says that and you’re sick of hearing it, so am I. So instead of blathering on with marketing hype and jargon, allow me to explain how this tech works.

The Facebook tech will require a developer and Facebook expert to set up (we happy to know a couple of good ones *wink*), but once it’s set up correctly this is how it will work:

In short, Facebook will turn your potential buyer’s Facebook feed into their own listing portal where the listings being offered……are yours!

Now of course there will be other ads among yours, the usual run of the mill stuff from a clothing company and Telstra or Vodafone’s latest attempt at convincing us they’ve gotten better. But for the early adapters and honestly, even those who might normally be late to the party, this Facebook tech will give you such a massive edge over your competition.

But wait there’s more and it’s not steak knives.

After this tech has been in play for a little while on your site, Facebook will then go and start marketing these listings to people who are statistically most similar to your current buyers. In lay-mans terms, Facebook will start marketing your property to people it thinks are most likely to want to buy it! (Initially, this feature won’t be available automatically but will need be set up manually – but it’s only a matter of time)

Now of course in the setup phase, you need to “teach” phase book what makes the properties similar, whether it’s price, suburb, bedrooms and that’s why this tech isn’t point and shoot.

After setting the tech up, this all happens automatically and all you need to do is set aside a budget for how much you want to spend on the ads each month.

So about those $2,000 premier properties on those portals you use, they suddenly look like a REALLY expensive way to blow a marketing budget don’t they?  Especially considering right now you can get in front of up to 5,000 buyers for $100 with a standard boost on Facebook (depending on what area you’re in) and these ads aren’t going to have any special pricing attached to them (based on current reports).

Add this tech into the equation and let Facebook do it’s thing and your ad spend is getting your listings in front of people that the data says is most likely to be interested in buying them.

It doesn’t get much better than that.

John is a Facebook Blueprint certified marketer. He's studied with Facebook and personally been trained by Facebook on site at Facebook HQ (APAC) in Sydney. But he started as a Real Estate agent in 2009 and loves the industry. He understands the trials and tribulations that agents go through, which is why he founded Check My House Price and the FBM Academy and has used his Facebook marketing skills to generate over $500,000,000 worth of listing leads for real estate agents in Australia and New Zealand. John now teaches agents how to market successfully on Facebook and see a massive return on their investment.
View all posts by John Hellaby →